Full Program · Contributors · Organizations · Search Program
OpenMP API Version 5.2 Update and Outlook
SessionExhibitor Forum
Presenter
Michael Klemm
Event Type
Exhibitor Forum
Tags
Correctness
Machine Learning and Artificial Intelligence
Parallel Programming Languages and Models
Registration Categories
TP
XO / EX
Location263
DescriptionSince its creation in 1997, the OpenMP(r) API has become the standard programming model for multi-threading in HPC applications and has enabled many scientific discoveries by making it easy for scientists to exploit the power of modern computers. The OpenMP API uses directives to augment code written in C/C++ and Fortran with parallelization, vectorization and offload information for the compiler. OpenMP has become a programming model that supports modern task-based programming as well as heterogeneous programming for offload devices such as GPUs, or even FPGAs. In the week before SC21, the OpenMP Architecture Review Board plans to release Version 5.2 of the OpenMP API specification. This version is not only an incremental refinement of Version 5.1 of the specification, it also restructures the specification document and makes existing features more consistent in their syntax and semantics. In this presentation, we will review the changes of version 5.2 of the OpenMP API and describe how they extend the current features of the OpenMP API. We will also provide an outlook on the future of the OpenMP API.
Presenter 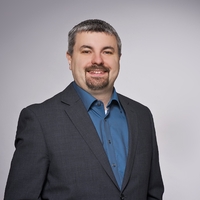